Why Prioritizing Diversity Is A Necessity (And Opportunity) For Business Leaders 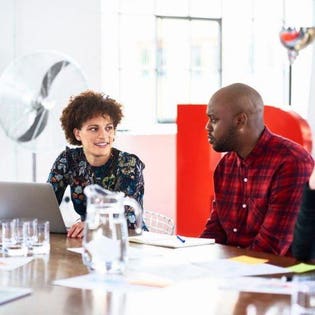 As the CEO of an early-stage company, I take diversity and inclusion seriously. From the composition of our team, especially our leadership team, to the distribution of administrative activities that do not neatly fit into any one person’s job description, we proactively seek out diversity and inclusion as a competitive advantage. This is not just because it is the “right thing to do.” Rather, we do it because we get better work, more innovative ideas and a more collaborative culture as a result.

The same is true at home for me and my wife, Katy. Katy is an incredible attorney at a top global law firm, and from Day 1 we agreed our careers were equally important. This played a big role in how we shaped our lives together, and only became more important when our daughter was born three years ago. All of a sudden, there were seemingly endless new responsibilities to bear as parents. Some, like pumping, I had no way to contribute to. For others, like night feeding, I took on more responsibility to try to create a more balanced load for each of us.

The balance is never perfect, and the work continues to shift over time as my company and my daughter mature. That being said, while recently reading Melinda Gates’s The Moment of Lift, I was struck by just how important equitable distribution of this “unpaid work” can be.

As with the benefits we see from our own focus on diversity and inclusion at Rented.com, Gates cites research that shows that “[w]hen fathers take on at least forty percent of the childcare responsibilities, they are at lower risk for depression and drug abuse, and their kids have higher test scores, stronger self-esteem, and fewer behavioral problems.” So, it is not just important to do because it is the “right thing.” It is important to do because it makes my life, and the life of my family, better.

Some may read the above and think: “Great. Here’s your pat on the back that you are clearly seeking.” I understand this reaction, but it is not my reason for sharing. Here’s an example that will prove informative: Gates shares the story of when her daughter started kindergarten. There was a lot of driving involved, and when Bill asked how he could help, she answered that he could do some of the driving. Within weeks of her husband taking her daughter to school two days a week, a lot more dads of other students began bringing their own children to school. The conversations in other houses went something like: “If Bill Gates is driving his child to school, you can, too.”

Now, I am not trying to equate my ability to influence others to that of the founder of Microsoft and the Gates Foundation. That being said, I, and we, can still influence others. I received advice when I was younger that “you will stop worrying about what other people think about you when you realize how little they actually do.” The point being everyone is so caught up in themselves that they don’t spend their time thinking about you.

As a friend more recently informed me, however, this no longer holds true when you are the CEO. When you are running a company, and especially when you are that company’s founder, all eyes are on you. No matter what I do, where I spend my time, or how I handle my obligations as a husband and father, people are watching. Sure, not at the scale of Bill Gates, but with change, even a little bit goes a long way.

All of this to say, at work and at home, change starts with one person, or a couple. One person saying “enough” and another asking “how can I help?” So, what can you do?

At my company, three steps have been key for us in this journey: recognize, reorganize and revisit.

Recognize. For me, the wake-up call came when I was trying to hire a new female executive to the Rented.com team. To get to know the other team members, she sat in on one of our leadership meetings. Afterward, I asked her what she thought. Her response: “Now I see how badly you need me. All of you think the same way.” Needless to say, she didn’t take the job.

Reorganize. Once we recognized the problem, we had to do something about it. It was not enough to have a diverse team; that diversity had to carry all the way to the top to our executive team as well as our board of directors. This was not an easy or a fast process. As noted above, the lack of early diversity made recruiting diverse candidates more difficult. But as we started having success, it became easier.

Revisit. One thing I have learned is that, on something this important, we can never put up a “Mission Accomplished” banner and move on. Recognizing the problem and then reorganizing are a great start, but they are just that: the start to a longer journey. We have to constantly revisit our team makeup. Where are we falling prey to groupthink? Where do we need more diversity of thought and opinion?

I am not saying my home or my office is some kind of utopia. As Gates points out, there is not a single society in the world that is truly equitable. That being said, recognizing that this is the case is the first step. Once you do this, it makes the necessary steps of reorganizing and revisiting that much easier. The more we do so, the more we serve as examples to others. The more we do that, the better our lives at the office and at home. As with so much else, it turns out that the “right thing” is also the right thing for your business.