Why I Democratized My Company’s Hiring Process 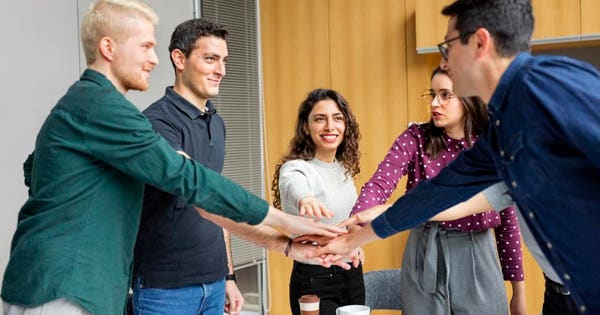 Finding and hiring the right person can be extremely difficult, especially at an early-stage startup or small business. Hiring the wrong person can be an extremely damaging and costly mistake—both in terms of hiring and training costs and in terms of lost productivity and even lost clients. As my company has grown, we’ve thought carefully about our hiring process and it’s led to incredible results. The most crucial element of the process is also the one that breaks most with hiring tradition: our democratic approach.

The final stage of our hiring process is a ‘meet-the-team’-style interview. This may come across as a formality since by this point candidates have already been interviewed by the staff in charge of hiring and completed an assignment to evaluate their skill set. However, it’s actually the most important part of the process.

After this interview, our entire office votes on the candidate. If everyone gives an enthusiastic “yes,” we send them an offer. If there’s even one person who has reservations, we either send our regrets or figure out what further steps can be taken to assuage those reservations. In this way, our hiring process mirrors the college admissions process—applicants are evaluated by individual admissions officers and then brought before an admissions committee, and only offered admission if the committee is unanimously in favor.

This process offers at least two advantages—for one thing, allowing a more diverse group of people from all areas of the company to evaluate candidates helps mitigate potential issues that can come up when you’re hiring for ‘fit’ and soft skills. Much has been said about the dangers of over-emphasizing ‘fit’ and ‘culture.’ People like people who are similar to them, the argument goes, so hiring for culture fit and giving everyone a vote will lead to increased homogeneity. However, in most companies, the homogeneity is weighted towards the top, so it stands to reason that allowing people at every level a voice would lead to a less-biased evaluation.

In an industry and company like ours that centers around building strong interpersonal relationships (with students and coworkers alike), we can’t separate out “skills” and “culture fit” into separate categories. But even teams that require hard skills still need to consider culture fit — a team of MIT researchers determined that the teams that are most successful at creative problem solving excel in soft skills like collaboration, social sensitivity, and ability to have a balanced conversation. That study also emphasizes the benefits of groups that include more women, which is easy to achieve in an industry centered around K-12 education as the majority of qualified candidates are female.

The other major benefit to this process is that if the candidate accepts the offer, they will get onboarded onto a team that already knows and has been rooting for them. Integrating a new hire into the company culture is a delicate business. I’ve personally seen the difference it makes when everyone is involved and has what amounts to veto power. Everyone is more excited for the new hires’ start dates, more involved in making sure we’re ready to onboard them, and more understanding if the new hire needs additional training or support. It’s been an incredible thing to watch and I fully believe that my company will be able to continue doing this as we grow, although we will have to carefully define what we mean by “the office”—I imagine it may become something like “everyone the candidate would be interacting with regularly, collaborating with, or reporting to” (which currently amounts to the same thing as the entire office).