When Is It Time For A Company Founder To Step Aside? 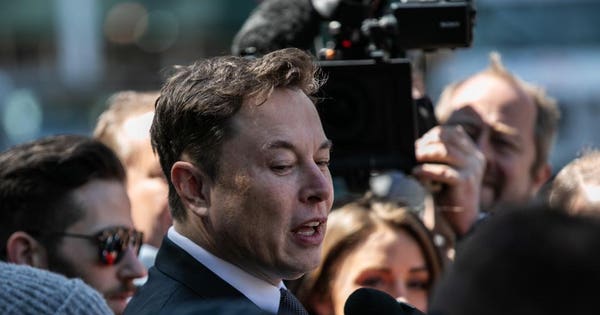 Why should a successful founder of a company voluntarily move on? Leading a company that you founded and built into a thriving enterprise is a heady experience. You get lots of attention. You get to tell everyone what to do. You have the resources to try out your new ideas. And the perks are great. No wonder successful founders rarely step aside willingly—and that many stay on too long.

Henry Ford is a classic example. Though he resigned as president of his phenomenally successful company in 1918 at the age of 55 and turned over the presidency to his only son Edsel, he continued to be active in the management of the company and thwarted Edsel at every turn. David Halberstam, in The Reckoning, his monumental history of the auto industry, wrote: “There was no doubt in the minds of the ablest Ford men of that day, and of their competitors at GM, that if the old man had stepped aside, Edsel Ford would have improved the company tremendously. But he never got the chance. He was crushed, and a whole generation of good men were forced out.” Following his son’s unexpected death in 1943, Henry returned as president, hanging on for an additional two years until he was eventually forced out in a family coup led by his son’s widow.

Closer to our own day, Rupert Murdoch’s unwillingness to step aside in favor of one of his sons has destabilized his empire and his family. Even Elon Musk and Larry Page may no longer be the best possible leaders for their companies. Musk has not prepared Tesla to compete with all the new entrants in the electric car market, a major strategic misstep. Bloomberg recently reported that employees are worried that Page is growing more disengaged from the problems currently facing Google, spending more time on his private Caribbean island and no longer putting Alphabet as his top priority. If he were not a founder with special voting rights, shareholders and the Board would likely be asking tough questions.

Well timed transitions from founder-leaders to well prepared successors can lead already successful companies to even greater heights. Consider Intel, founded in 1968 by Robert Noyce and Gordon Moore. (The latter famously propounded “Moore’s Law”—his bold claim in a 1965 paper that the capacity of integrated circuits would double every two years.) In 1987, Noyce handed the reins to Andy Grove, who led Intel through a period of phenomenal growth—from 1991 through 1996 Intel’s revenues grew by 336%, with a profit margin of nearly 25%. As the company’s third employee at its founding, Grove was well trained and had been given ample opportunity to display independent leadership and lead his own projects before taking over. He made Intel a household name. In 1997, he was named Time’s Man of the Year.

The hand-off from Noyce to Grove shares a common thread with many successful transitions from founders to successors: a brilliant, idea-driven visionary gives way to a brilliant business visionary like Grove (who also happened to be brilliant at technology as well). Grove pinpointed the difference in an interview with Industry Week back in 1997: “Bob would jump into things—and it would be up to somebody else to pick up the pieces or not pick up the pieces. . . . I figured out that part of my mission was to make sure that the bits and pieces that Bob scattered around—minor things like the invention of the integrated circuit and a variety of key process patterns—weren’t left to chance for other people to follow up on.”

Unlike Noyce, many founders aren’t very good at training their successors. There is an abundant management literature on CEO succession planning—how to do it systematically, how to work with executive search firms, whether it’s better to look inside or outside the company for a successor and so forth. But there is little about how to tell when precisely a founder has peaked and a change is needed to take the company to the next level. And it’s especially hard for boards to suggest a change when the founder has played an outsize role in appointing the directors.

On the other hand, some companies flounder once their charismatic founder leaves or dies. Apple lost its way when founder Steve Jobs was booted out. Sometimes, as with Jobs, the company realizes it needs to bring the founder for an encore, as Starbucks did with Howard Schultz, Nike with Phil Knight and Dell with Michael Dell.

Even otherwise smooth transitions can be disappointing. Bill Gates retired from Microsoft in January 2000 as CEO after 25 years at the helm. (At one point, he had actually brought in a “more experienced CEO,” but that didn’t last very long). He was succeeded by Steve Ballmer, with mixed results—in terms of total return, Microsoft lost 9% over the 14 years that he was CEO. However, revenues and profits did rise substantially during his tenure. He disparaged the iPhone as having no chance to win significant market share, but he did eventually recognize the potential of software as a service (SaaS) and steered Microsoft in that direction.

What can boards do to make sure a founder-CEO doesn’t stay around too long? First, they should have a frank conversation with the founder about what would constitute the ideal time for succession at the top. Second, they should make sure that they do regular CEO succession planning in accord with best practices that have been laid out by organizations like the National Association of Corporate Directors (NACD), the SEC, and the Conference Board. (The Conference Board, in its annual “Succession Practices” report, analyzes all of the noteworthy succession events at S&P 500 companies in the previous year, providing useful and detailed case studies.) Third, one of the most important things that boards can do is engage an experienced leadership consulting company to perform a rigorous assessment of the sitting founder-CEO.

As I’ve written here before, boards almost never commission such assessments, but the logic is impeccable: CEOs of founder-led companies have never undergone the rigorous vetting that’s customary in CEO succession events. Few boards would be willing to hire a new CEO who had not been thoroughly assessed, but they’re perfectly content to live without an assessment of the current founder-CEO. Such an assessment could tell the board how the founder’s capabilities align with the capabilities needed at different stages of growth as a company goes from startup to self-sustaining enterprise. And a frank discussion with the founder of its findings, and what they portend for the company’s success, could result in a founder who not only will eventually leave voluntarily, but do so at the time that is likely to leave the largest and longest lasting legacy of accomplishment.