Uber Does Resemble Amazon In One Way 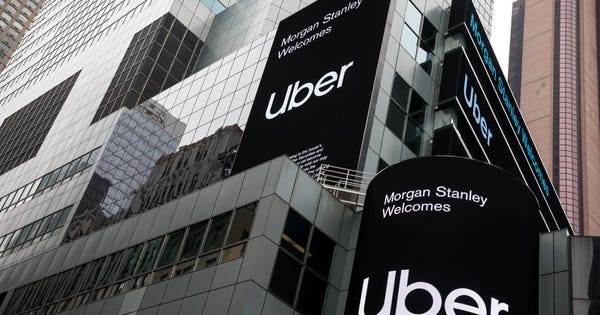 In the run-up to its initial public offering, Uber is trying to convince potential investors that the company it most resembles is Amazon. According to New York Times writer Mike Isaac, Uber is justifying massive losses based on the concept that it is more than just a rideshare service, it’s a platform. Amazon lost money for years as it built out its infrastructure, but emerged as one of the most valuable companies on the planet.

Indeed, Uber’s CEO Dara Khosrowshahi has said, “Cars are to us what books were to Amazon.” Just as Amazon leveraged their success in books to expand into offering almost any shippable product, so will Uber use its platform to expand beyond ridesharing, the theory goes.

Some find the Amazon comparison to be a stretch. Finance pundit Francois Aure calls it a “ridiculous ploy.” Aure notes, among other things, that Uber has plenty of direct competition in its primary business and Amazon itself is shaping up as a competitor in truck transport.

One Way Uber and Amazon Are Similar

Uber does resemble Amazon in one way: both firms achieved rapid growth by eliminating friction from their customer experience. In my upcoming book Friction (McGraw Hill, May 17), both firms have prominent roles.

As early as 1997, Amazon founder Jeff Bezos was talking about “frictionless shopping.” A year later, the firm patented its One Click ordering process. Despite skepticism about the validity of the patent, Amazon fought to preserve its advantage and ultimately prevailed in court. Later innovations like “frustration-free packaging” and the X-ray feature in Kindle books and Prime videos were intended to reduce customer effort in small but meaningful ways. Amazon’s relentless focus on making things easy for its customers has led to them owning half of the ecommerce market.

Perhaps even more than Amazon, Uber’s popularity exploded because of their low-friction customer experience. Taxis had changed little in decades, and people gave little thought to the time-consuming annoyances in the process. Uber’s frictionless process for hailing a ride, telling the driver your destination, monitoring your route and progress, and paying at the end of the ride seemed almost magical by comparison.

It’s not surprising that Uber launched without asking permission in many cities. They counted on their riders to support them because their customer experience was so much better that nobody wanted to go back to traditional taxis. Predictably, taxi operators didn’t try to equal or exceed Uber’s smooth processes. Instead, they complained to local authorities. Even today, there are places that lack Uber service due to government intervention.

Amazon has maintained and even extended its lead in ecommerce by continuously reducing friction. They recently announced that Prime customers would begin receiving deliveries in one day instead of two. Even though nobody seemed on the cusp of offering better customer service than Amazon, Bezos once again raised the bar for competition.

John Mercer of Coresight Research commented that Amazon “is always looking for ways to erode the inherent friction in home delivery.”

Will Uber be able to follow in Amazon’s footsteps and eliminate even more friction in its processes? Can they do it in a way that their competitors will have difficulty following? And, can they use their experience and infrastructure to disrupt new markets? These are the questions that potential investors will have to answer.