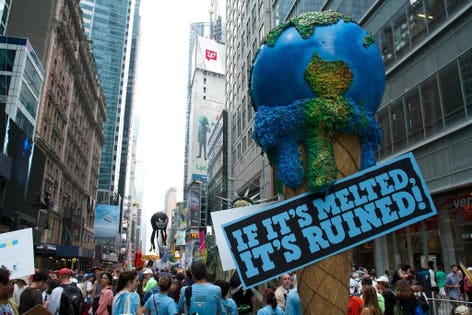 Doing so authentically is imperative with today’s modern consumer, who values transparency when it comes to brands they love. Case in point? Ben & Jerry’s.

A key to longevity for a business is to contribute something to the world that goes beyond selling the product. Whether it is donating to the environment or bringing awareness to social justice, the key is to give something back. But doing so authentically is imperative with today’s modern consumer, who values transparency when it comes to brands they love. Case in point? Ben & Jerry’s. I spoke with Matthew McCarthy, Ben & Jerry’s CEO, on how the mature, purpose-driven ice cream brand has brought purpose to the world and his pointers on how to do it successfully.

Jeff Fromm: How does Ben & Jerry’s mission affect your workforce as you look at that one stakeholder group?

Matthew McCarthy: I’m very lucky, I’ve got people on the team who are incredibly talented and passionate. It doesn’t matter whether they are somebody who’s working in marketing, our scoop shops, or making ice cream every day. Our teammates really are part of the magic that Ben & Jerry’s is. In a time of extreme transparency, authenticity is incredibly important.

What you do every day, how you do it, the integrity with which you operate day in and day out, the story telling that marketers love to talk about, comes from our people. Our people live our ice cream as well as our social mission every day. We’ve got a large staff of professional activists that are part of our team. We don’t farm that out. That’s us. The social media revolution has actually been helpful to us at Ben & Jerry’s, because the more transparency there is in the world, for our business model, the better. We want our fans, the people we serve, our communities, our business partners, and our customers to see what we’re doing. Having people on your team that are living it and are passionate about the different aspects of our mission, well then your story telling is what you’re living every day.

Fromm: When you talk about extreme transparency, how do you choose which cultural issues to tackle? Which ones are the ones where you make bigger commitments, and how do you go through making those choices?

McCarthy: We’ve been fairly consistent on some of the major areas that we’ve been focused on for many years, such as climate justice and the environment. Newer issues have percolated up such as plastics in the world, so we may adjust a bit to the specific areas that we focus on, but climate and environmental justice is something that we’re going to continue to be focused on as a major space.

Linked right with that is social justice. There are still many people who are marginalized around the world. They are economically marginalized due to race or LGBTQ issues or if they are Migrants and immigrants. We fight for those people and we fight specifically in the ways we can. The interesting thing is that there’s a powerful overlap between social justice and environmental justice. So many of the people that suffer most because of climate issues are also people who are suffering from social or economic marginalization in societies around the world.

One of the ways that we work towards these is through partnerships with external folks, for example NGOs and others who are truly the experts on the issues that we want to tackle. While I do have an entire team here and around the world that’s focused on social mission, and activism, we couldn’t do what we do without our partnerships with our NGOs to provide that expertise and that guidance.

Fromm: What would be the takeaway a company might expect if they move to a purpose-driven model? From your experience as CEO of Ben & Jerry’s, what do you think they should expect by adding good to their business model?

McCarthy: You may not know it yet, but If you’re not having a positive impact in the world around you, you’re already in trouble. If you’re not doing something I would suggest that there’s an urgency for businesses to quickly have a look at the kind of good that they want to do in the world. Businesses that don’t deliberately try to do something good by addressing a specific social or environmental concern in their community, no matter how big or small, are going to find themselves irrelevant in the coming years. At the end of the day, being part of something that’s bigger than just selling stuff has so many benefits for everyone involved.

And then last, but not least, your employees: I’m so lucky to get to work with the people on our team because they chose to work at Ben & Jerry’s, not only because we make great ice cream, but because we’re doing something more than just selling stuff. From a talent attraction and retention perspective, to have people that are coming together over shared purpose puts your business in a whole new level.