On the back of major trends such as e-commerce, changing client demands and the blending of offerings and sectors, the speed of change in the retail industry has reached new heights. According to a new survey, three quarters of the world’s leading retailers believe their business model needs to adapt quickly if they are to remain relevant in the next five years.

“For retailers, good is no longer enough: being great achieves enviable success, but being average is punished hard,” stated Ian McGarrigle, who is Chairman of the World Retail Congress, which is one of the world’s largest events that brings together brings together leaders in the retail industry. At the 2019 edition of the World Retail Congress, which took place in Amsterdam in April 2019, McGarrigle presented the findings of the survey held among leaders of 800 retailers globally, and shed light on what retailers should do to create winning business models to succeed in today’s high velocity world.

To explore this further, the World Retail Congress teamed up with OC&C Strategy Consultants and eShopWorld, to provide research and solutions for retailers. The study conducted by OC&C subsequently found that only 3% of retail leaders believe their current proposition was completely sustainable for the next five years, while 20% believed fundamental change would be necessary to survive. The report ultimately bundled its findings into six crucial fundamentals that must underpin the successful strategy of any retailer looking to adapt and thrive in this quickly shifting market. 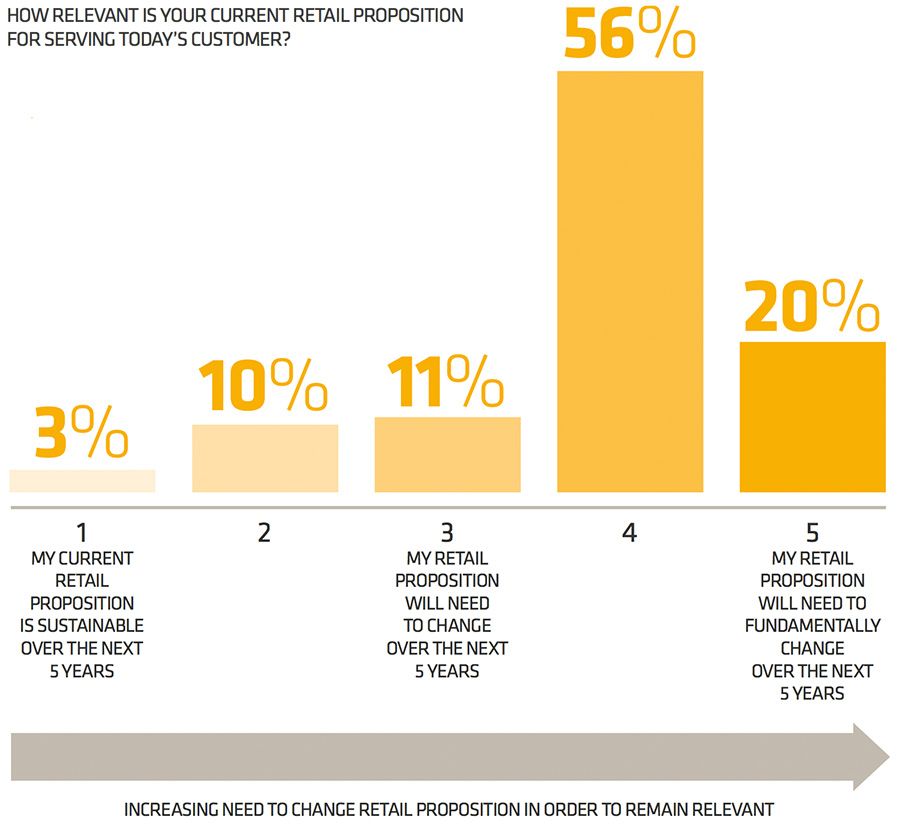 First, retailers need to be the best at something that matters. In an ever more competitive field disrupted by new entrants, specialisation can prove to be a life-line for many brands, differentiating them from a crowded field. As a result, OC&C suggested that focusing on what retailers are good at and cutting everything else to the bone can shift a retail group into a niche that will help it survive in the long-term.

The researchers found that when they looked at the retailers that are most highly rated by consumers around the world, the highest overall ratings were increasingly being given to retailers with distinctive strategic positions. This is not about pursuing a one size fits all solution, or seeking agility for agility’s sake, but deciding how to win, with whom and investing strategically to chase that goal.

At the same time, the report argues that “choosing where to follow is as important as choosing where to lead.” Knowing how to pick battles is a vital ingredient to success, as without being able to prioritise, all but the very largest groups will struggle to develop the infrastructure needed to compete on all fronts.

To this end, the report argues that retailers should be making clear trade-offs about where they operate at the frontier, and where they can afford to follow the leader. On example given is that while there is much written about speed of delivery, it is still the case that 40% of ecommerce delivery in the UK, which is one of the world’s more developed ecommerce markets, remains slower than next day. Changing this would mean competing with Amazon – which spends over $20 billion a year on technology – or Walmart, which invests another $5 billion in capex on ecommerce and technology.

Retailers must therefore be thoughtful about where to invest and where to follow. In fact, as mentioned earlier, the retailers that are most highly rated by consumers globally are ones that have distinctive strategic positions, so speed is not necessarily king.

The study’s third statement is that “if you’re not a winning model, you’re a losing model.” While this might seem a little reductive, but the message is important – self-criticism and the knowledge a firm needs to change are key to securing its future.

George explained, “Crucially, speed will not cover up flaws or inconsistency in the underlying proposition. As the world speeds up and barriers to entry fall, the challenge for retailers is to translate this clarity of focus into prioritised investment decisions that develop the things that really matter to your target customer.” 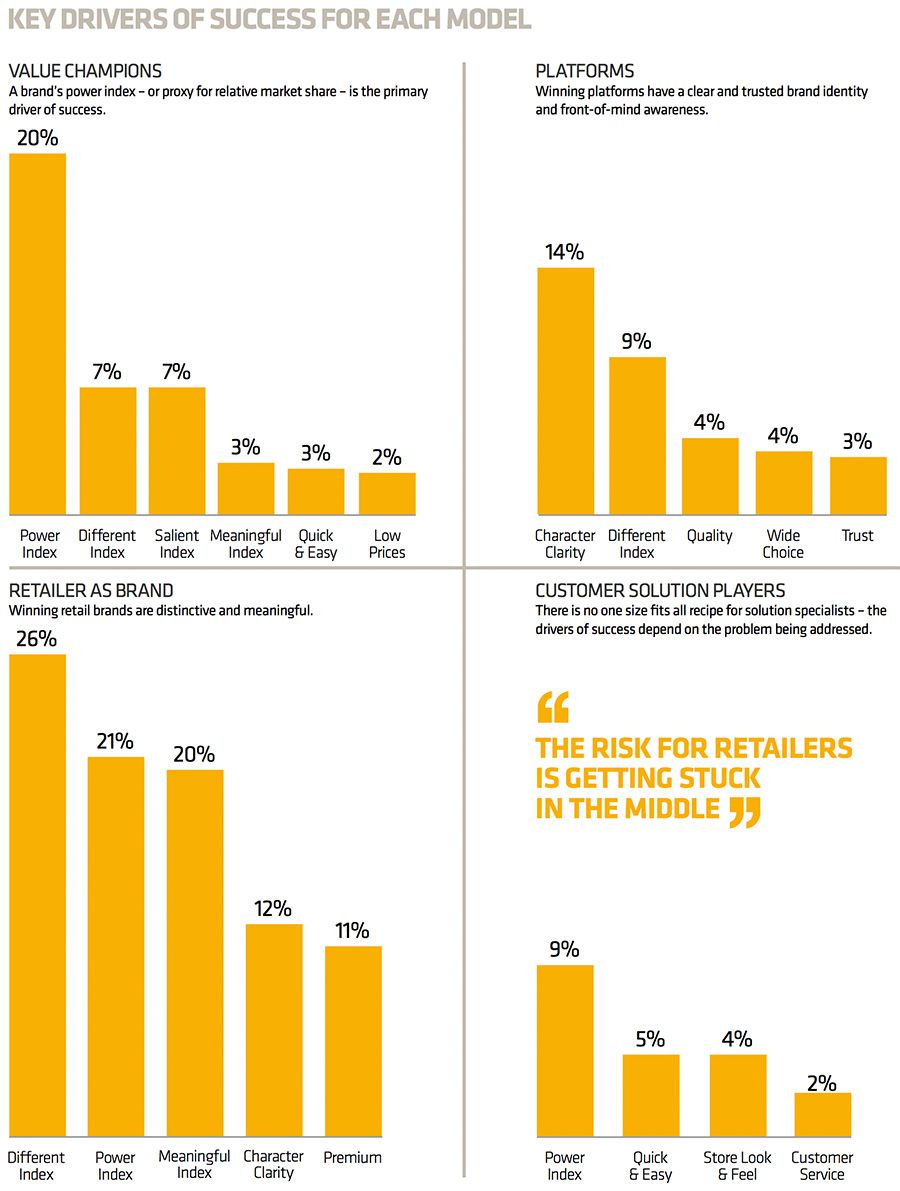 There is of course no single model of retail success, and shareholder value is still being created by a range of distinctly shaped enterprises. The important thing is for a company’s model to determine a distinct set of requirements and success factors that distinguish the winners from the losers, and help to push it forward amid a competitive environment.

There are four fundamental models for retail success which OC&C pointed to in this regard. Platforms like Fartfetch rely on character clarity, while value champions such as Aldi and customer solutions players such as Selfridges rely more heavily on brand power. Retailer-as-brand firms such as Lululemon depend most on the dynamism and uniqueness of their brand. Knowing which course to adopt is vital.

Firms also need to build their retail ecosystem to better move with the times. Leading retailers have stopped thinking of their business as a linear value chain. Instead, they are developing dynamic ecosystems that leverage partnerships and integrate the skill sets and assets of third parties that can complement their own capabilities.

Supply chain barriers can cost retailers billions globally. As a result, partnering with firms in that chain has become essential to improving on performance.

McGarrigle added, “High velocity retailers no longer simply speed up traditional processes, but work out how to completely short-circuit elements of traditional retail to improve both speed and efficiency. They selectively deploy capital against priority areas and select partners that provide capability outside their heartlands. Delivering this means rewiring organisations to make decisions and deploy capital quickly, and defining new performance metrics that drive attention on their priorities.”

The fifth element of retail success in the future will be being “fearless and setting your team free”, according to the study. Each team needs a distinct objective, a goal that they can influence, if they are to innovate in a way that will genuinely grow a retail business.

In a high velocity world, developing an organisation that can operate effectively relies on a culture of autonomy. According to OC&C, market leaders are focusing on becoming flexible and dynamic organisations that are responsive to customer needs across the following dimensions, but still maintain a common purpose and the ability to direct attention and investment to execute that goal. 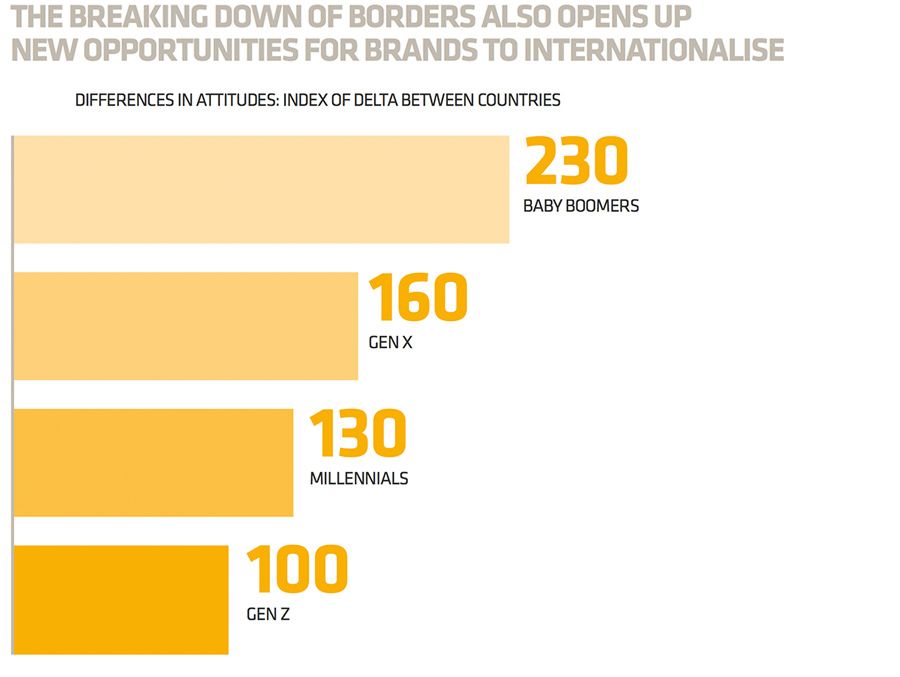 Finally, the researchers urged retailers to move “beyond borders to build your tribe.” The paper found that top sellers are similar everywhere, and that “Madrid is now more like London or any other international capital compared to regional locations in Spain.”

This is because, as the demand for online shopping grows around the world, retailers need to consider their strategy for attracting cross-border consumers. It is worth noting that younger generations (Millennials and Gen Zers) across the globe now resemble each other closely in their attitudes towards shopping and spending, more than any other generation. Due to the homogenising effect of the internet age, retailers should look to target these cross-border tribes and segment their customer base by similar attitudes rather than – or as well as – traditional demographics.

Commenting on the findings, eShopWorld’s US President, Cynthia Hollen, said, “Excellence in cross-border ecommerce is an essential part of being a high velocity retailer today. Leading retailers know that building their brand and expanding their customer base around the world is the best way to achieve significant and lasting growth in today’s competitive landscape.”