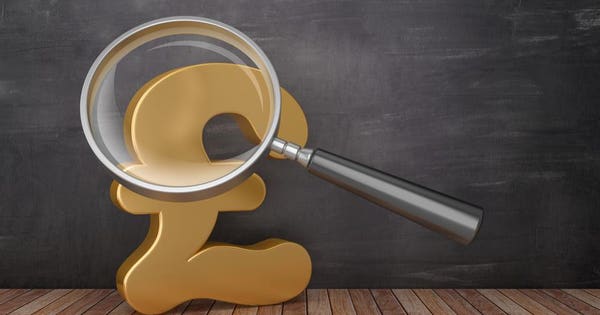 More often than not, we tend to define success using purely financial or monetary terms. For a lot of us, this definition of success is seen from an early age: those kids with the most money can buy the most sweets, for example, and so we tend to associate them with success. As we grow older we tend to abide by this definition and use it on a regular basis, even as adults. We deem those individuals with the most expensive houses or cars as being the most successful. But my questions is: does success have to be purely financial? Essentially, I am curious as to whether success can be measured using non-monetary terms and measures. I believe that success can be defined through taking a more holistic approach. Moreover, I would like to look at the issues of measuring success in purely through monetary means.

A business is often labelled as being successful if it has the ability to generate a large turnover in comparison to its competitors. This is an example of how firms can be measured in a purely monetary manner. The problem with such an analysis is, however, that it does not take into account the more non-monetary elements which are vital to overall efficiency. One of these elements could be the overall wellbeing of employees. One could imagine a firm which has an enormous turnover; however, its employees still have poor working conditions and hence poor wellbeing. An example of such a firm could be Amazon, according to reports their workers are often forced to work at extremely tough workrates which could lead to physical and mental exhaustion. Nonetheless, Amazon is still able to turnover large sums of money and they do get products to you at an amazing speed! This would make one question whether success can, therefore, be judged using purely monetary measures since it does not allow one to take into account the physical and emotional wellbeing of employees. Perhaps we must instead take into account the general wellbeing of employees – through holistic surveys and employee engagement lists – which will enable us to understand how successful a firm is at caring for its employees.

Moreover, people often seem to be focussed on the company’s turnover as to what affords them clout and respect, even if their profit levels are low. People often ask: why is turnover such a large factor in business appreciation as opposed to percentage profit levels? This is a very fair question to ask since turnover is merely a measure of the net sales generated by a business. Profit, on the other hand, takes into account the residual earnings after all expenses have been paid. Profit, therefore, seems to be the real indicator of monetary success as high profits will suggest that you are less likely to have a deficit. As the saying goes ‘Turnover is vanity, profit is sanity (cash in the bank is reality)’.

In a recent interview, Jeremy Cooper from Horwart Clark Whitehall LLP posed the following questions “Which would you prefer – a company with a £5m turnover making £100,000 profit a year, or a business with a turnover of £500,000 making £200,000 a year?” Although the turnover does seem impressive, the profit levels are considerably lower than that of the second business. Therefore, one could argue that the company with the larger turnover and smaller profit has a greater chance of collapsing due to its residual earnings being so low. Essentially, this points out one thing – if you want to measure success in a purely monetary manner, ensure to look at both turnover and profit. Some companies, such as Wal-Mart, thrive from low profit margins as it means that they can sell their goods at low prices. However, according to a Bloomsberg story from 2013, Wal-Mart understaffed in order to maintain its low prices. This would’ve led to extra strain being put onto current staff and hence makes us question whether Wal-Mart would be labelled as successful, despite having a large turnover. It also highlights the importance of considering the importance of profit levels, should you wish to adopt a monetary measure of success.

In conclusion, I believe that success can, and should, be measured using a more holistic approach. Of course, monetary gain is important but the overall ethos and atmosphere of a company is the most important thing because it can boost productivity and growth. This is not to say that monetary gain is not important. It is. We must, however, ensure to look at both turnover and profit to know the full story. In essence, success needn’t be purely financial: success should also take into account the wellbeing of employees, who represent the life force of the company. Oh and from a personal perspective success is definitely about more than money – it is about health, relationships, happiness, contentment etc. but money certainly helps to pay the bills! What is that saying about money not buying happiness but preferring to be sad in a lambo?