How To Turn Team Values Into Team Performance 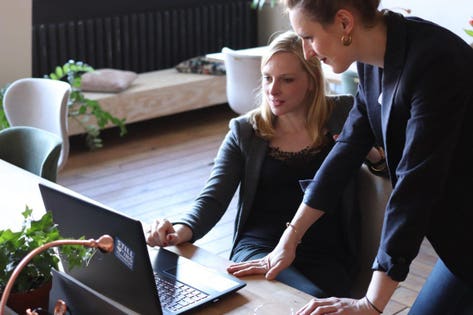 Effective teamwork is anything but automatic.

In this continuation of that conversation, Gostick talks about culture and career development issues.

Rodger Dean Duncan: The culture manifesto at Netflix is often referred to by people wanting to build a high-performing organization. One section of that manifesto says this—“On a dream team, there are no ‘brilliant jerks.’ The cost to teamwork is just too high. Our view is that brilliant people are also capable of decent human interactions, and we insist upon that.” What can leaders do to operationalize that philosophy when forming and managing their teams?

Adrian Gostick: Terrific question. One CEO we interviewed told us his company’s number one salesperson had just been let go because he had been found to be sexually harassing female staff members. As the CEO told us, “While you may pay top performers differently and reward them differently, the rules have to apply to everyone exactly the same.” Many organizations might try to sweep his actions under the rug because he was such a high performer, but the CEO said: “How long would that have taken to get out? A few days at most. And it would have given our company a black eye. There are no secrets in an organization.”

Duncan: One of the disciplines you recommend for leaders is “manage the one.” What does that look like in actual practice?

Gostick: Managing to the one means focusing on one-on-one career development. The good news is this is a relatively low-cost way to keep employees and keep them engaged, and it’s something well within the control of each manager. We found considerable payoffs in increased commitment, creativity, and productivity when leaders take even a small amount of time to personalize responsibilities based on team members’ individual drivers.

In most high-engagement teams, we discovered variations on a practice we call job sculpting, in which managers give each employee some work to do that is especially motivating to him/her, while altering or transferring other work that might be demotivating (if at all possible).

Gostick: One vice president at a large bank had an employee who had been there for 30 years. Over time he had developed a passion for public speaking, but his job didn’t involve that.

The VP said, “He and I built that into his job in a way that his colleagues doing the same job don’t have.” That includes going to community colleges to deliver presentations on career planning. She added, “It’s important to him, in terms of getting a sense of satisfaction and feeling good at what he does, that the job has elements of what he loves to do.” His smart manager found a way to sculpt in just one new activity that meets so many of his needs. It’s a small adjustment that has kept him engaged in all aspects of his work, and all because he sat down and told his manager what motivated him.

And she listened! That’s how it all starts.

Duncan: You suggest that harmony is overrated and that team members should be encouraged to engage in civil disagreement. What’s the advantage of such interaction and what are some good ground rules for facilitating it?

Mastering the Five Disciplines of Team Leaders can put you on the path to teamwork success.

Gostick: Feeling able to express your views, take smart risks, and being given roughly equal time to speak up in a team on a given day are the hallmarks of psychological safety. Research shows that fostering this is vital for effective problem-solving and innovative thinking within a fast-moving team. We also found a remarkable payoff of having at least one team member who regularly challenges assumptions and the approach on a team—having a radical.

Keeping debate from escalating into dissension and backstabbing, while assuring that all team members get a roughly equal hearing, can be tricky. Therefore, just about every team leader we interviewed had established ground rules for debate within their teams. We recommend considering these:

Duncan: “Define wow” is among the 101 ideas you offer for inspiring a team. Can you give us an example of how that works?

Gostick: While we found breakthrough teams always include competent people, most are not Dream Teams. In fact, in our research we met breakout groups composed of people who up to that point in their careers had been more supporting players than stars. We began to realize that world-class results come only partly from who makes up these teams, but more importantly what these teams do. They were extremely focused on wowing each other and their customers.

That begins with a simple question: Does every employee on a team have a clear focus and understanding of what wowing your customers really means? And, as a leader, how can you help them define that?