How to Market a Product’s Unexpected Benefit

Companies often discover that their product delivers unintended benefits. For example, popular beauty brand StriVectin found during product testing that their stretch-mark cream could also reduce wrinkles. How should marketers tout these features? Research has largely shown that consumers value a benefit more when they believe that a company intended it, compared with when they believe it was unexpectedly discovered. Based on research in neuroscience, however, the authors hypothesized that unexpected benefits can also intrigue consumers, making them think that other surprises might be in store for them. They then ran a series of experiments suggesting that marketers should benefit from explicitly framing accidental benefits as unexpected.

Companies often discover that their product delivers unintended benefits. For example, popular beauty brand StriVectin found during product testing that their stretch-mark cream could also reduce wrinkles. Some of the prospective consumers who were handed the topical cream samples ended up using it as a facial moisturizer, claiming that it made them look ten years younger. A recent study found that Viagra unexpectedly reduced the risk of heart attack for patients with Type-2 diabetes. Botox, which was approved for cosmetic use in 2002, was unexpectedly found to alleviate migraines. Some companies find out about unintended benefits from customers’ reviews on sites like Amazon; for example users discussing Omega-3 pills purchased for cardiovascular health were found to be effective in softening skin, and a weight loss supplement was found to improve sleep. How should marketers tout these features?

Research has largely shown that consumers value a benefit more when they believe that a company intended it, compared with when they believe it was unexpectedly discovered. This is because consumers associate intentionality with higher effort, which they value more. This would indicate that marketers should describe unexpected features without calling them out as such.

Based on research in neuroscience, however, we hypothesized that unexpected benefits can also intrigue consumers, making them think that other surprises might be in store for them. When a person’s appetite to seek rewards is whetted, neurons in the reward centers of the brain fire more strongly in response to unexpected rewards. For example, thirsty participants show greater activation in the reward center of the brain when they unexpectedly receive squirts of juice than if the same juice is received expectedly. This research suggests that marketers should benefit from explicitly framing accidental benefits as unexpected.

So how should marketers frame a benefit that has just fallen on their lap? Is it better to describe the benefit as intended all along? Or should it be presented as unexpected?

To explore which of the two strategies would be more effective, we conducted a field experiment in collaboration with an online beauty product retailer in China. We created two different versions of an ad for a sunscreen spray, both portraying two benefits of the sunscreen: UVA ray protection and even toning. (See ad images below. Note that the original ads presented to users were in Mandarin.)  However, one version of the ad framed both benefits as intended, while the other framed even toning as unexpected. The retailer sent the ads via WeChat to 21,514 consumers subscribed to their mobile store on the platform. Each ad was sent to half of these users. 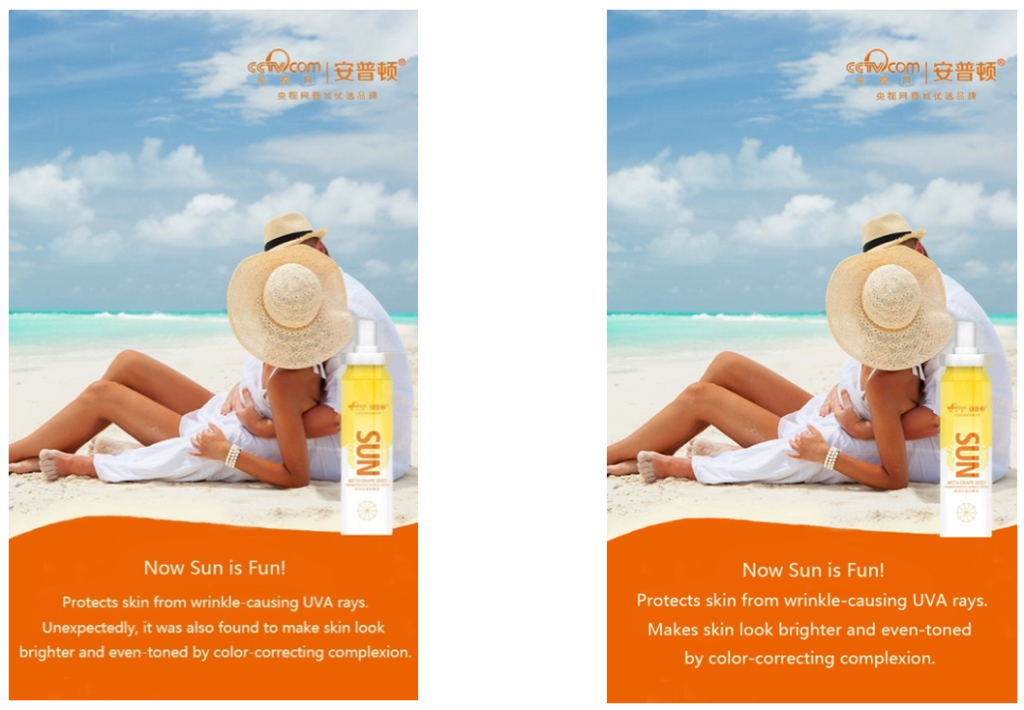 In other words, our research suggests that when a serendipitous discovery turns up, marketers would do well to describe it as an unexpected benefit. Marketers may even choose to create an entire brand story around the serendipitous discovery of the benefit. For example, StriVectin shared how the brand accidentally discovered that its stretch-mark cream could reduce wrinkles–and now, their product is one of the most successful skincare creams available on the market.

However, there are a few caveats. In another study, we explored whether consumers would value an unexpected benefit in a similar way if that benefit were less closely linked with the product category. We asked 387 U.S.-based participants to imagine that they were buying a skin-firming body lotion for an upcoming vacation. Some of the participants were informed that the firming lotion unexpectedly helped people sleep better. Describing this somewhat random benefit as unexpected did not significantly increase their willingness to pay for the product. However, participants who were informed that the firming lotion also unexpectedly even the tone of one’s skin were willing to pay more for the lotion, compared with those told that even-toning was an expected benefit.  This suggests that marketers should only advertise that a benefit came as unexpected if that benefit is congruent with the customer’s expectations for the product category.

Furthermore, in both our experiments, the ad either depicted a vacation scene or people were asked to imagine buying the product for a vacation: the product was placed in a pleasurable context. Research suggests that people have a higher reward-seeking appetite when the context is perceived as fun and pleasurable. Preliminary findings from other studies we conducted seem to suggest that when people are not primed in this way with an appetite to seek rewards, they don’t value unexpected benefits more than the expected benefits. Future research should further explore the contexts when unexpected benefits are particularly valued—and when they’re not.

As consumers themselves are increasingly becoming marketing agents as reviewers, re-tweeters, and bloggers, it has become easier to discover and disseminate stories of unexpectedly discovered benefits. Thus, in today’s digital world, proactive marketers could benefit from launching promotions encouraging consumers to share what unexpected uses they have found for the company’s products.