How To Make The Shift From Succession Planning To Succession Readiness 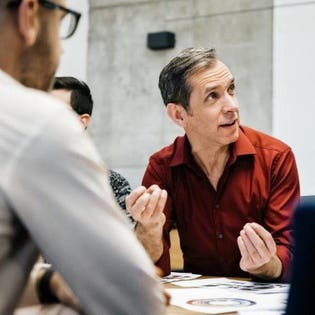 When I speak to business leaders about succession planning, I often receive a glazed-eye response, much like when discussing strategic planning or annual performance reviews. The problem with succession planning, as well as many other necessary business activities, is that it is often viewed as a “have to” rather than a “want to” process.

When organizations treat succession as a box to be checked, it is clear the focus is on the process and not the outcome. And what’s even more absent is the intent. Like performance reviews, many leaders tend to see this as a compliance effort, rather than a commitment to developing people. If done correctly, succession plans should be the result of an ongoing development effort that focuses on the growth and readiness of people.

These same leaders who glaze over are also the ones who often tell me they are not sure they have the right people in the right roles doing the right things to accomplish the objectives of the organization. Further, few of them will confirm if they are completely satisfied with the performance of their teams. Even fewer are certain if they are positioned to deal with changes in the business or industry. So why is there such reluctance around the concept of succession planning?

I believe this reluctance creates an opportunity to shift your thinking from “succession planning,” which implies an event, to “succession readiness,” which invites leaders to think in terms of ongoing development. Simply stated, leaders cannot succeed one another if they are not developed and ready for that next role. Also, the organization cannot be prepared for change if there is no way to understand and speak in terms of the readiness of each leader and what each person is prepared to do.

The following are three key steps leaders can take to ensure they are building a culture of succession readiness:

1. Understand and accept your primary role as a developer of people.

How often do you have developmental discussions with your direct reports, and how clearly do you outline their development needs? Organizations such as Gallup have been studying the relationship between leadership and performance for years. In their 2016 meta-analytic study, they validated the performance metrics associated with highly engaged organizations. Going back to Frederick Herzberg’s work in the 1960s, Gallup and others continue to demonstrate the direct correlation that leadership has on engagement and the performance of others. In their statistically validated Q12 survey, five of the twelve questions deal directly with the leader’s role in development, including, ”Is there someone at work who encourages your development?” and “In the last year, have you had opportunities to learn and grow?”

This is a leadership responsibility, not an HR compliance effort. After all, your success is dependent on your team’s success. So how effectively will you evolve your role or move on if you have not developed a successor and if your team is not performing as the direct result of your lack of focus in this area?

2. Be a coach to enable your team’s growth.

The best leaders are great coaches. Unlike the ranting, sideline images you might associate with coaching, in the non-sports world, coaching is about asking more than telling. In his book The Tao of Coaching, Max Landsberg offers us the GROW — goal, reality, obstacles or options, way forward — model, which is rooted in asking your direct reports to identify and act on their solutions. This establishes the baseline for each individual’s capacity for action and enables you to understand where they stand in relation to their current role and development needs for future roles.

Developmentally, coaching is a powerful way to stimulate your direct reports to close gaps. By first identifying and agreeing on the gaps, the “way forward” can be elicited by asking questions such as:

• “What steps do you think you can take to improve in that area?”

• “What resources can you leverage for growth?”

• “How do you envision me supporting your growth in this area?”

Using open-ended questions that start with words such as “describe,” “what” and “how” stimulates thinking in others. It enables them to define pathways that make sense to them while focusing on the need. This allows them to own the issue and how they plan to act on it. They now own the “how,” and you have remained focused on the “what.”

3. Hone your ability to identify potential.

How effectively do you separate current performance from future potential? While coaching will elicit insights and help define performance capacity at the individual level, you need a consistent approach to understanding the relative competency and potential of each team member in order to define the level and rate of advancement.

You can use models such as performance-versus-potential matrices to stimulate thinking around both current state performance and the future potential of individuals. They also set the stage for framing whether an individual is ready for that next assignment. When used consistently across organizations, these types of models can also help create uniformity in how development and succession readiness are handled. Finally, and in concert with No. 1 above, having the conversations with team members about where they stand and why, through the lens of a consistent model, is critical to setting the stage for change.

If your organization cringes at the thought of succession planning, I believe you should begin thinking in terms of succession readiness. The ability to promote people is the direct result of development. Further, your organization’s ability to shift and deal with change could be compromised if you do not. Leaders, this cannot be something you assign to HR. You own it. It’s your duty to drive the development and performance of your team.