How To Change Team Habits, One At A Time 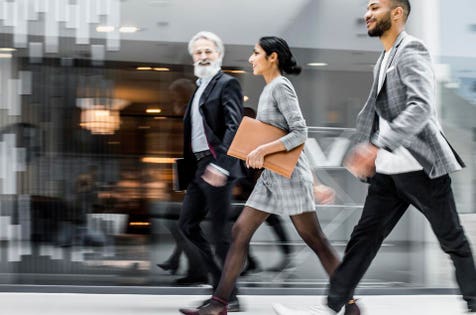 A leadership team meeting is starting: it’s 10 minutes late already when the last members rush in, mumbling excuses and apologies—which take an additional two minutes, at minimum. The leader closes her laptop, asks everybody to do the same and poses this question: “How do you feel about how we run our meeting?” First a bit puzzled, the team starts discussing the question. The leader draws two columns on a flip chart: Good Habits and Bad Habits. The columns fill quickly on both sides, but are clearly skewed towards bad.

At one point the leader asks: “Which of these bad habits frustrates us so much we are no longer willing to accept it?” The team quickly circles around being late. The leader crosses out “we’re always late” on the Bad Habits side and writes: our meeting starts and ends on time under Good Habits. She clarifies, “It doesn’t say, we are always on time. That’s not realistic. Our new habit is that the meeting starts on time and that there will be no effort to onboard anyone into the discussion if one of us happens to be late. And we leave the meeting on time, no matter what. Can we all commit to this?” All nod. “That’s a decision then.”

The leader keeps the Habits list and posts it on the wall every meeting. She asks her assistant to never accept a back-to-back meeting before her leadership team meeting, leaving her a minimum of 15 minutes margin. And, at the end of each meeting—sharp on the minute—she stands up, thanks everybody for their contributions and leaves the room with her team members.

It worked. Yes, at times they slip, have a brief conversation about it and move on.

The leader was pleased to see that this new habit started to ripple through the organization with some of her team members adopting the new habit for their own meetings, and so on. A few weeks later, she brought in a cake with a clock design and opened her meeting saying: “Let’s have cake. We’ve earned it. And then let’s go back to our Bad Habits list and crack the next one.”

There are some lessons here for all of us:

Also remember—you’ll want to have cake.