How Much Is Culture Friction Costing You? 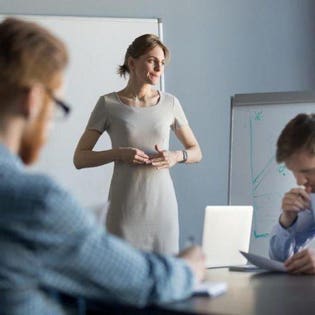 In the business literature, we tend to favor the extremes. On one hand, we focus our attention on what I call the positive deviants — the amazing companies with the exceptional cultures that we hold as models of the ideal (e.g., Zappos, Netflix and just about any business featured in popular case-study-based business books). On the other hand, we are also attracted to the horror stories of companies and leaders who make tragic mistakes and cost their shareholders untold sums, if not everything (looking at you, Kodak, United Airlines, Wells Fargo and others). Yet as we get whiplash looking from one extreme to the other, I think we’re missing one big problem that is probably costing us the most in the long run: culture friction.

Culture friction happens when an organization’s culture becomes misaligned with the fundamental behaviors that drive success. It doesn’t usually generate glaring failures that get everyone’s attention, but it is frequently the culprit in those situations where your team ended up falling surprisingly short of expectations. As in, you thought you were going to hit the target, but it was a miss, and you can’t quite figure out why. Those performance gaffes really add up over the long term, which is why culture friction is such an important problem that needs our attention.

Here’s how it works. Every organization has a culture that makes it clear to employees what kinds of behavior are valued and what kinds aren’t. Some companies are more intentional and clear about communicating what’s valued than others, but even for those that mostly ignore their culture and let it evolve organically, it’s still there, driving behavior internally. The friction happens when those behaviors start having a detrimental effect on performance.

For example, a lot of organizations give out individual performance bonuses at the end of the year. It seems fair, and we assume it motivates people to do their best. This cultural emphasis on individual performance, however, can generate behaviors that become counterproductive. Professor Marshall Van Alstyne reported on research in an HBR article (registration required) nearly fifteen years ago that demonstrated the problem: rewarding individuals can actually stifle internal communication. Teams in his research with group-based rewards were literally emailing each other more than teams where rewards were distributed individually.

Nearly every organization I’ve worked with complains about the lack of communication internally, yet they don’t realize that they might be creating a culture that is sustaining that very problem. That is an example of culture friction, and all of our efforts to solve the communication problem are going to fail unless we address it at the level of culture. So don’t send another memo or convene another all-hands meeting to remind everyone of the importance of internal communication — fix the culture issue (which might include changing your compensation system), and the communication will increase.

That means, of course, that you will need to get more sophisticated and nuanced in understanding how your culture is creating the friction to begin with. My business worked with a company that was growing quickly through acquisition but struggling to hit its overall growth targets after integrating the new companies. They initially attributed the problem to a general “lack of unity.” It’s obviously a challenge when a large number of previously small companies are suddenly expected to operate as a single enterprise, and they assumed that was slowing them down. Yet when they did a deeper dive into their culture, they identified a much more specific area of friction: lack of cross-selling.

Most of the acquired companies had been selling only one or two products to their customers, so cross-selling had not been on their radar, but for the larger enterprise, the ability to sell multiple product lines to the same customer was critical for overall growth. So it wasn’t really “lack of unity” that was inhibiting their growth — it was the fact that the individual cultures of the acquired companies never valued the behaviors of working with customers to identify bigger-picture problems that might be solved with other products. Success in the legacy companies was usually tied to narrowing the focus, not broadening it.

Eliminating the culture friction was therefore much less about a high-level branding initiative to operate as “one” company and more about changing the habits and approaches of the sales teams and educating them about the now-broad range of product offerings in order to enable the cross-selling. True culture alignment is about making people successful — not looking good or feeling good.

Culture friction issues may not make the business press headlines, but they are collectively robbing companies of tremendous potential. It’s like walking on a moving sidewalk in the wrong direction. It’s slow enough that you’ll make it to the other end, but only with extra — and completely unnecessary — effort. In fact, I would argue that for many of those case-study companies we all admire, it wasn’t only brilliant strategic moves or exceptional leadership that propelled them to the top — it was the day-in and day-out discipline of eliminating culture friction that positioned them for stardom. The sooner you build that capacity, the sooner you’ll have a chance of being the company others admire.