How Developing An Alter Ego Can Help You Succeed In Business 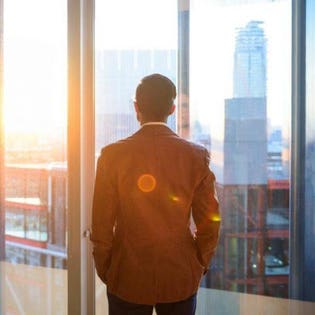 Have you ever had someone tell you that you seem off today or that you don’t seem fully yourself? I read a book recently that made me think of something I had been doing for a while during my childhood and upbringing but for some reason stopped doing without even knowing it.

I grew up playing high-level sports my whole life and then focused solely on hockey as a teenager. One thing I learned from my dad early on in my life was to take my stress and anger out on the ice. I wasn’t a dirty player or a kid with a lot of anger. I always played within the rules, but I was someone who started to develop a reputation as being “tough to play against and tough on the ice.”

This was something that just sort of stuck with me for my entire hockey career, which ended with a four-year scholarship to play college hockey. I turned into a different person on the ice on purpose because it gave me an edge over my competition, but it wasn’t until recently that I realized this is something we can bring into the business world. In my situation, not only was I hard to play against and rough on the ice, but I was also the complete opposite in person.

The picture I’m trying to paint for you is that it’s advantageous to develop an alter ego in your career — especially in business — because it’s something a lot of very successful people are doing right now. It’s just not widely talked about, likely because a lot of these people are Olympic athletes, business executives and top performers in their fields.

What really strikes me is that we start to see patterns of certain companies that seem to always win the business or certain sports teams that seem to win more games. Now, there has to be a reason for their success. I feel that part of that reason is their alter egos.

Alter egos allow anyone to be someone different than their everyday self. When I read The Alter Ego Effect by Todd Herman, it spoke to me on so many levels. I had an alter ego when I played hockey, and I experienced a lot of success. In the professional world, I started to drift away from it. But it’s valuable to adopt an alter ego to close more sales and grow your business to where you want it.

Developing an alter ego can have many benefits — you can become a better listener, negotiator, salesperson or manager. Basically, think of it as turning yourself into the perfect negotiator when you go into a meeting with a new client or being so in the zone when you step in to do your next sales presentation that it’s a no-brainer for your client to buy from you.

We could make these daily moments more successful if we too developed alter egos. To give you a better example of what this looks like in a business environment, here’s a short exercise for you to do.

1. Pick a character that you admire and look up to.

If I were you, I’d pick an alter ego who will help you achieve the result you’re seeking. Pick someone relatable that fits who you are, whether it’s a superhero, TV character, fictional character from a book or a business mentor. For me, one of my favorite shows on TV is Suits, and the main character is Harvey Spector. He is a charismatic, intelligent and assertive attorney that always seems to find a way to make anything possible and possesses an innate ability to get himself out of danger at all costs.

2. Play your current scenario in your mind before you act on it in real life.

If you have a big speaking gig coming up or a really important board meeting, take a few minutes and picture how your character or superhero would handle the situation. In my case, if Harvey Spector was in front of a crowd, I know without a doubt he would knock their socks off with confidence and charisma.

3. Go into your situation as your character.

Don’t go into the board meeting or sales pitch as your normal self. Instead, put yourself into your character’s shoes and be them fully. I’m not saying be fake; instead, channel that alter ego inside of you to get the successful result you seek. Think: if Superwoman were in this position, what would she do?

I’m confident that if you start channeling your alter ego more and finding out who your inner character needs to be, your success rate will increase.

Our mindsets are the most powerful tools that any one of us has — and in business, they need to be tapped to their full potential. So why not step into the shoes of the person you admire the most in order to be that same person one day and get the results they do?

Go find that alter ego inside of you and bring it out.