Government Can Be Agile If It Wants To Be 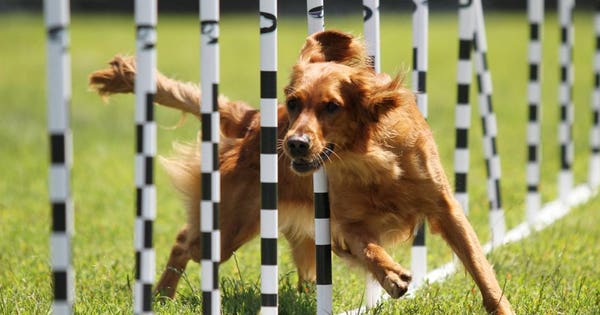 Fair or not, the concept of “agile government” is considered oxymoronic by many. But it doesn’t have to be. Government activities just need to be reorganized around mission, teamwork and results, rather than programs, agencies and paperwork as the United Kingdom found when it established the UK Government Digital Service. More on that later.

When most people think of government, they visualize an institution that is large, rigid and slow, not an organization designed to move fast, work cooperatively with others, adapt on the run and get things done: hallmarks of agile organizations.

Government, the public believes, favors complexity over simplicity, in the manner of a Rube Goldberg design. Government is all about process; agile is about results.

Truth be told, however, there are times, as my friend and colleague Miguel Carrasco reminds me, when government epitomizes agile, making things happen with speed, focus, determination and effectiveness. The best example, and this appears to be universal, is emergency response, a category that includes hurricanes, earthquakes, fires, floods, highway mishaps and other natural and man-made disasters.

While everything emergency personnel do isn’t letter perfect, time and time again we see responders acting swiftly, professionally, decisively and effectively, whether working alone or in inter-agency teams. This is government “service” at its best.

So why do emergency responders perform so admirably, and effectively, while other government agents are often less effective?

The answer can be found in five important words: mission, goal, skills, agility and accountability.

Emergency responders understand their mission. Their job is to improve whatever situation they’re dealing with as quickly as possible, with as little additional harm and disruption as possible.

Responders have a specific goal, are well trained and know how to work cross functionally. They’re taught to act quickly. When they arrive on the scene, they evaluate the situation, map out a plan of attack—typically on the run, and in coordination with others—and spring into action, fully prepared to go in a different direction if their initial plan doesn’t seem to be working. That’s agile.

Moreover, they know they’re likely to be held accountable if their efforts are inadequate or ineffective. Second-guessers abound at disaster scenes, in the media, and among the political classes. So success is front and center, always on their minds.

The rest of government seems to operate differently, with program administrators and managers focusing their attention more on processes and procedures than on solving problems.

But can this change and can these other parts of government work agilely outside of a crisis?

When I visited Australia recently, leaders at almost every government agency with whom I talked had some form of pilot underway where they were adopting these types of practices in more traditional area of government service. And many were working.

And it’s working in the UK as well. As David Eaves and Daniel Goldberg at Harvard University’s John F. Kennedy School of Government noted in a 2017 Kennedy School case study, the UK government embarked on an ambitious digital transformation less than a decade ago when it established the UK Government Digital Service, combining “hundreds of separate websites” for individual government departments and agencies into a single domain, called GOV.UK. To do this, they created a dedicated team, with clear goals, and new and focused skills. By using the minimal viable product technique, the successful transformation took place in record time.

Despite internal opposition from many in the traditional civil service, the effort triggered “a wave of innovation that made everyday government services like renewing a passport or applying for a welfare benefit more efficient, equitable, and user-friendly,” according to Eaves and Goldberg. The resulting cost savings have amounted to billions of pounds.

This is the world in which government executives and employees need to operate, focusing on solutions, working in teams to accomplish specific objectives, adopting agile work practices, and being judged on their success, not on their job titles or the size of their programs. In such a problem-solving environment agile would become second nature.

As in the private sector, one of the biggest challenge change agents now face is: how to scale it up. Working agilely and successfully on a pilot program, or in an emergency situation, is one thing. Embedding agile practices in a large organization’s DNA is quite another.

Only when agile becomes second nature—when “elephants run with greyhounds” —will the public rethink its perception of government as a complex behemoth, raise its currently low expectations, and fully recognize government’s successes.