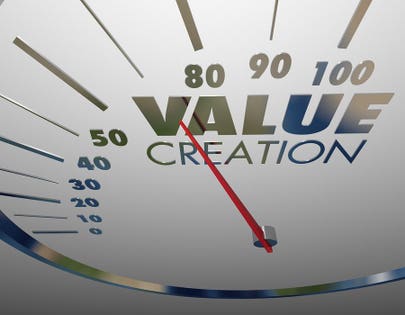 Businesses exist to create and deliver something of value to customers. No value received means no sales and no revenues—which adds up to no business. Yet, when consulting with senior executives, I often find vulnerabilities in their organizations, places where value isn’t being created but could be, or where the value that is being created is slipping away. So, what’s missing to accelerate value creation and capture in these companies?

More often than not, it’s what I call “value coaching.” Specifically, leaders and managers putting value front and center in everyone’s thinking, firing up value creation, and mitigating risks to the company’s value agenda. These “value coaches,” as I call them, literally coach value into existence. They do not work with individuals only on changing their behaviors or developing certain skills as executive coaches do. Instead, they mobilize the organization to do two things: fill critical roles by connecting talent to a specific chunk of value, and deliver the right set of interventions when the intended value doesn’t come in.

My earlier articles cover the details of the first part of this process. Briefly, identify the company’s value hotspots. Sort out the critical roles that will lead, protect, or enable value creation and the Jobs To Be Done™ at these hubs of activity. Simultaneously assess the risk factors inherent in each role, gather in-depth evidence about shortlisted candidates, then judge which combination of talent and role will most likely deliver on target and put the minimal value at risk.

Some of these role•talent™ combinations will be quite solid: their value hotspots will be intrinsically “hot.” Others will beg for assistance with one or more coaching interventions.

Two possibilities here: surround the critical role with experts, advisors, and supporters (complement); or change the role itself to be more realistic (configure). Configuring the role around its Jobs To Be Done can set it up for success, plus attract a different set of candidates. Consider:

When considering a talent intervention, look at how “coachable” the individual in question is and how much time the company can wait before stepping in if a problem occurs. How urgent is the work within the role? What negative impact can the time lost there have on the company’s value agenda? Your answers will determine whether moving the individual out of the role or supporting them in the role with world-class mentoring will be the best solution. As with all change, the goal will be to produce positive disruption—not chaos.

In a world where customers expect near-instantaneous fulfillment, bringing speed to value is a business imperative. Do something that works to shore up vulnerabilities in your organization: connect talent to value, design the best role•talent combinations possible, and execute the right set of value coaching interventions.